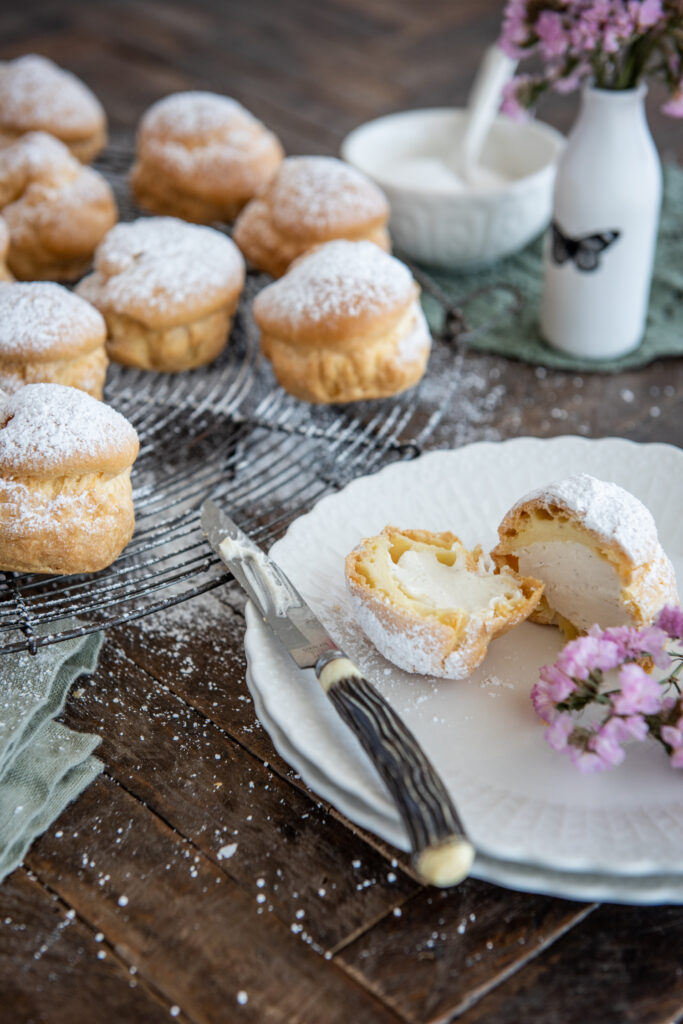 Pre-heat the oven to 200°C (fan forced) and line two baking trays with baking paper.
In a medium saucepan, heat water and butter, stirring, until butter melts and mixture comes to the boil.
Remove pan from heat and add flour. Using a wooden spoon, stir mixture until it comes away from the sides of the pan and forms a ball.
Transfer dough into the bowl of stand mixer. With the mixer on medium speed add eggs one at a time, beating well between each addition. Keep beating until mixture is thick and glossy.
Spoon mixture into a piping bag fitted with a large (2cm) round nozzle. Pipe rounds (3-4cm) onto the baking paper leaving at least 5cm between each one.
Bake for 30 minutes, swapping the top tray with the bottom tray half way through cooking. Bake until puffed and golden. Transfer the profiteroles to a wire rack to cool.

To make the cream filling, whip cream, Taylor & College Vanilla Bean Paste and caster sugar, to stiff peaks. Spoon it into a piping bag fitted with a small round tip and chill until ready to serve the profiteroles.
To serve, either cut each roll in half and pipe the filling in or poke a small hole in the bottom of each one and pipe the cream in. Pile them up on a serving tray. 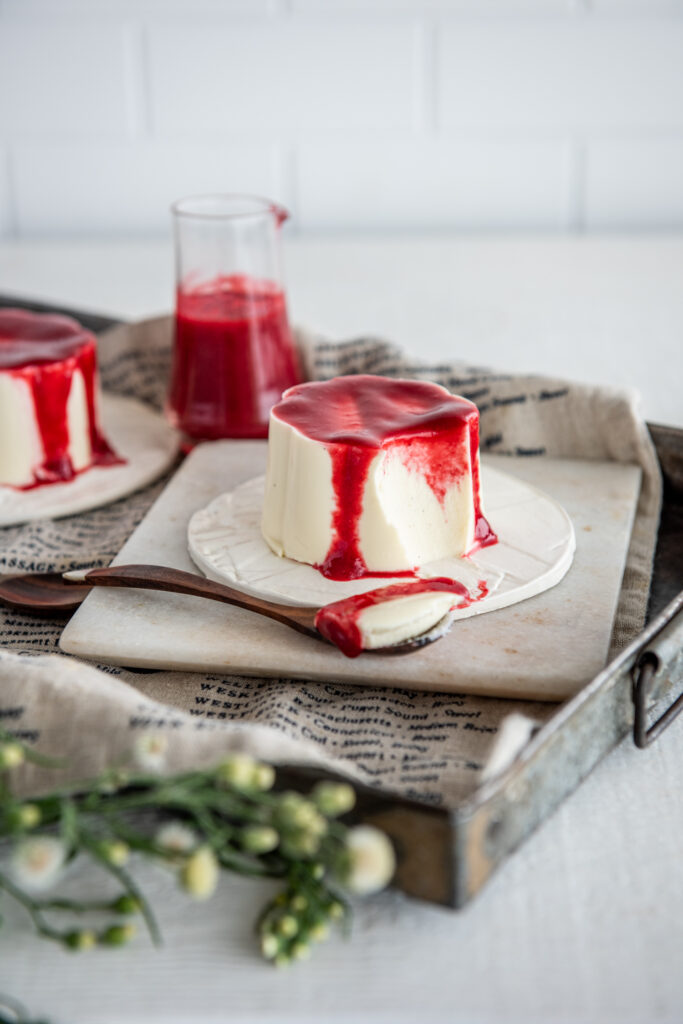